Universal Control Plane is a containerized application that runs on Docker Enterprise Edition, extending its functionality to simplify the deployment, configuration, and monitoring of your applications at scale.

Once Universal Control Plane (UCP) instance is deployed, developers and IT operations no longer interact with Docker Engine directly, but interact with UCP instead. Since UCP exposes the standard Docker API, this is all done transparently, so that you can use the tools you already know and love, like the Docker CLI client and Docker Compose. 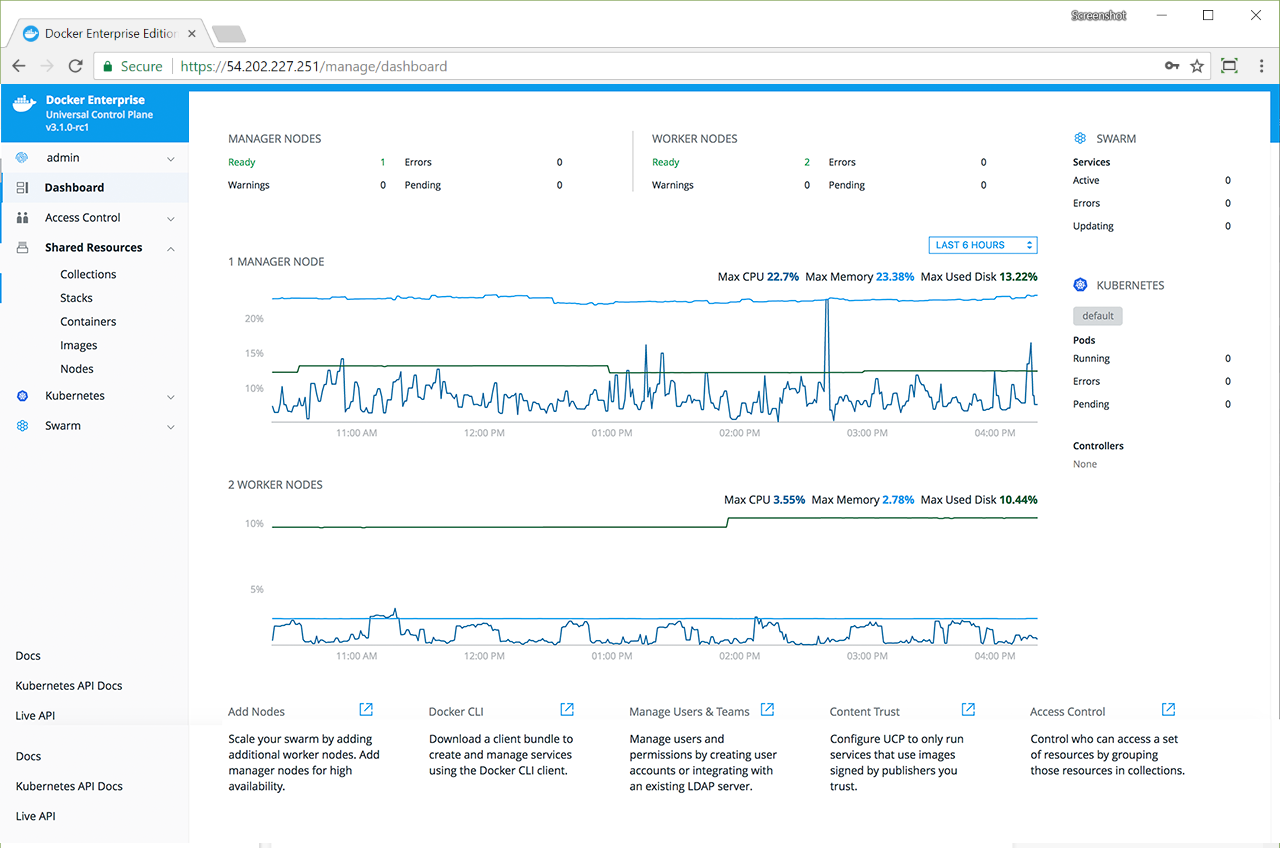 A swarm is a collection of nodes that are in the same Docker cluster. Node in a Docker swarm operate in one of two modes: Manager or Worker. If nodes are not already running in a swarm when installing UCP, nodes will be configured to run in swarm mode.

When you deploy UCP, it starts running a globally scheduled service called ucp-agent. This service monitors the node where it’s running and starts and stops UCP services, based on whether the node is a manager or a worker node.

If the node is a:

How you interact with UCP

There are two ways to interact with UCP: the web UI or the CLI.

You can use the UCP web UI to manage your swarm, grant and revoke user permissions, deploy, configure, manage, and monitor your applications.

UCP also exposes the standard Docker API, so you can continue using existing tools like the Docker CLI client. Since UCP secures your cluster with role-based access control, you need to configure your Docker CLI client and other client tools to authenticate your requests using client certificates that you can download from your UCP profile page.

Use the Docker CLI client

Because UCP exposes the standard Docker API, you can continue using the tools you already know, including the Docker CLI client, to deploy and manage your applications.

For example, you can use the docker info command to check the status of a cluster that’s managed by UCP:

docker info This command produces the output that you expect from the Docker EE Engine: